The project ‘Promessa Terra’ as part of the annual ‘FOTOGRAFIA – Festival Internazionale di Roma-XII edition. ‘Promessa Terra’ is a series of fifteen 40 cm x 50 cm black and white photographs (shot and printed with traditional analogue methods) that survey and deal with the concept of reality by radicalising the hypothesis of a possible future by taking direct inspiration from science fiction literature and genre filmography. Similarly to ‘The Day the Earth Stood Still’ (Robert Wise, 1951) the photographer foresees an inevitable change. Human alienation is the silent dràma of the project, much like what we encounter in ‘The Man who Fell to Earth’ (Nicolas Roeg, 1976). The symbols present in some of the images imply an ‘alternative’ reading, a parallel to the viewing filter utilised in ‘They Live’ (John Carpenter, 1988).
The Earth is the arrival, not a departure point, presenting a fertile territory for new unfolding events. The alien colonization, implied within this project, does not impose or convey a negative reading of the change suggested in the photographs, moreover it symbolises the cause of a ‘collapse’. As Andrea Attardi describes in his short essay on Guarnaschelli’s series: ‘Very often these photographs are voluntarily ambiguous when reconstructing the imposing and ‘fantastic’ labyrinth that is the irrational space, the afflicted and the concept of hope’. The urban physiognomy is the clarifying element of this dramatization whilst the mood is purposely exaggerated in order to underline a severe critique of the everyday. All the images showcased are traditionally printed and produced in the darkroom by Eugenio and Rolando Corsetti at Laboratorio Fotografico Corsetti. 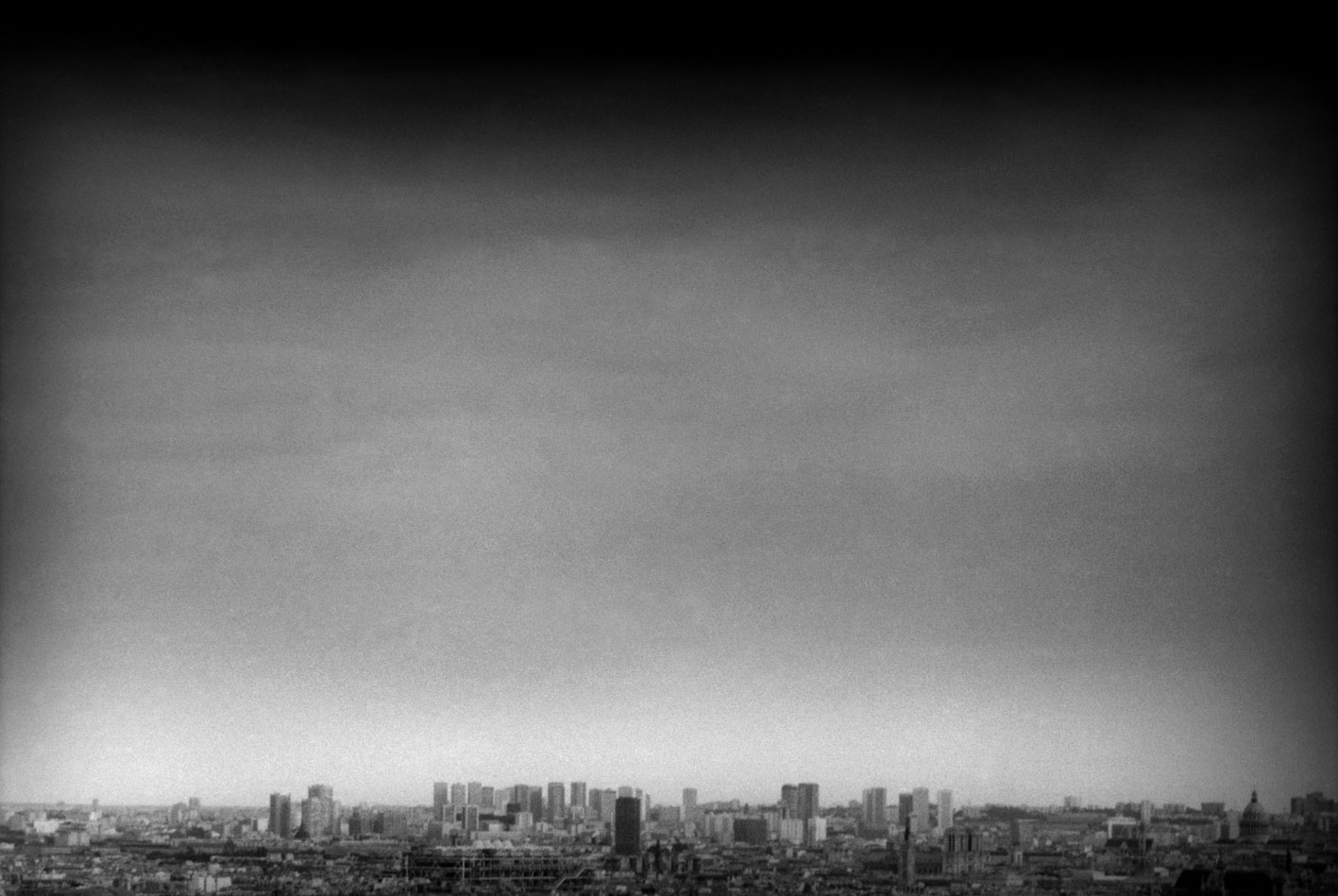 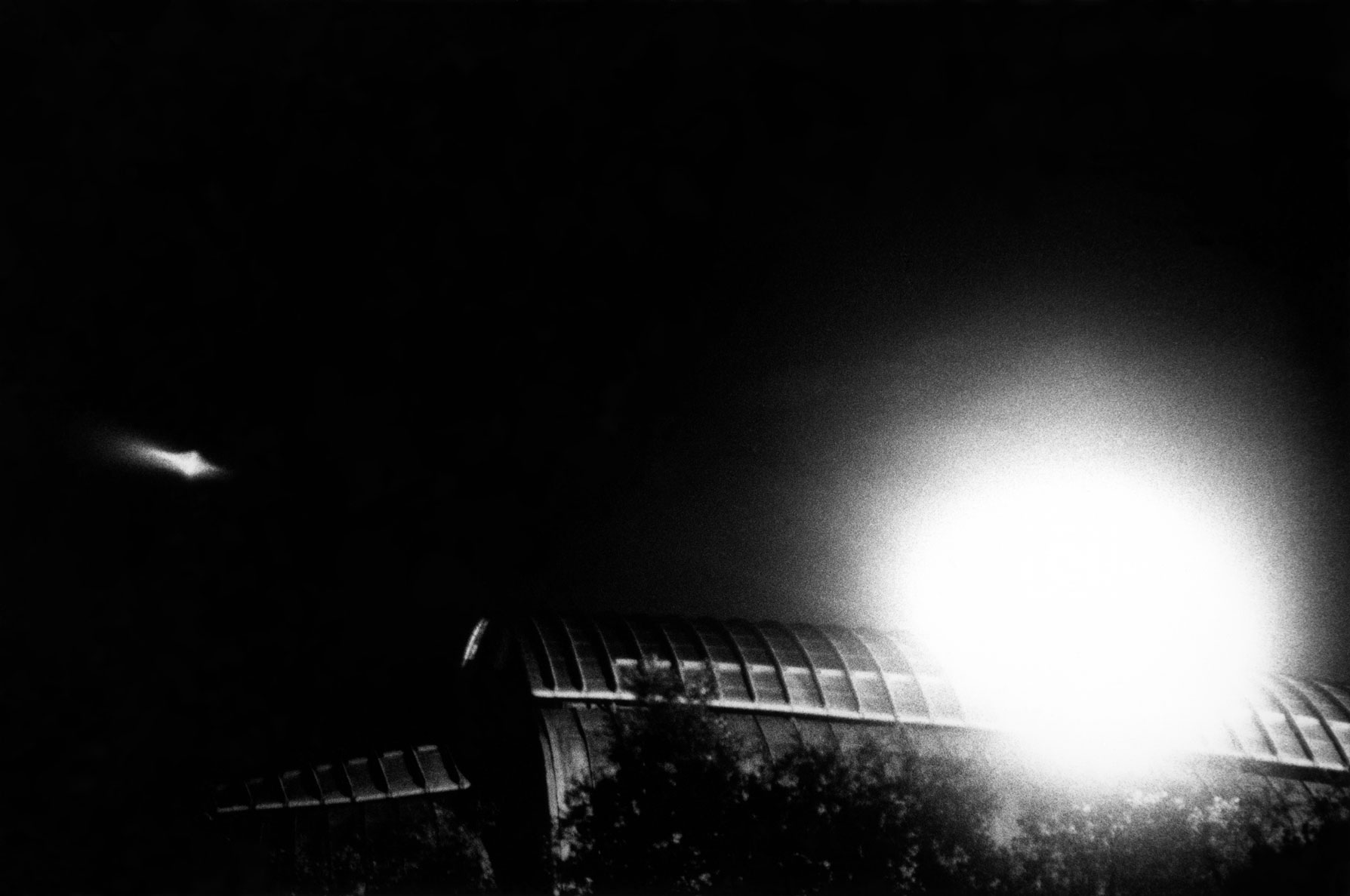 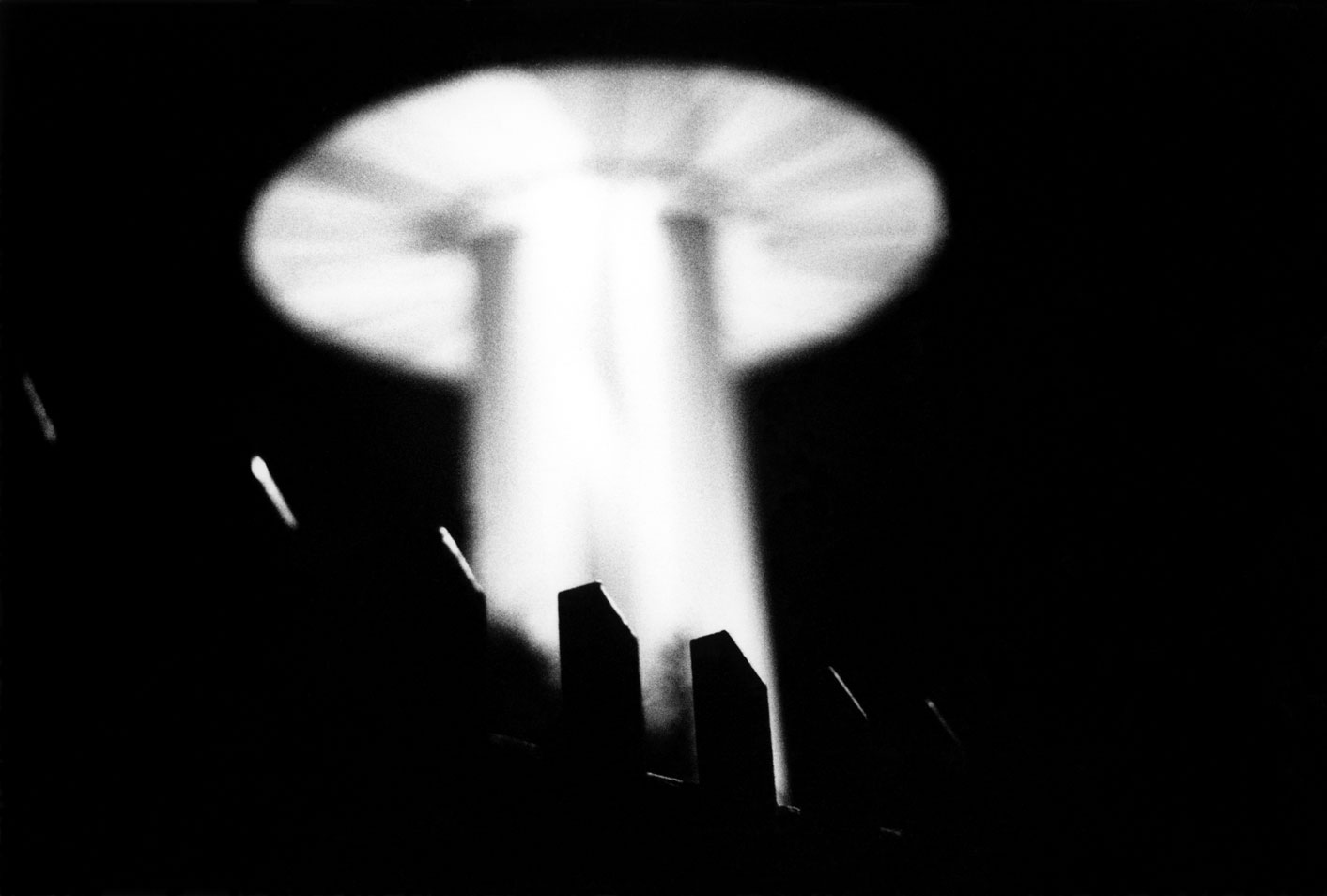 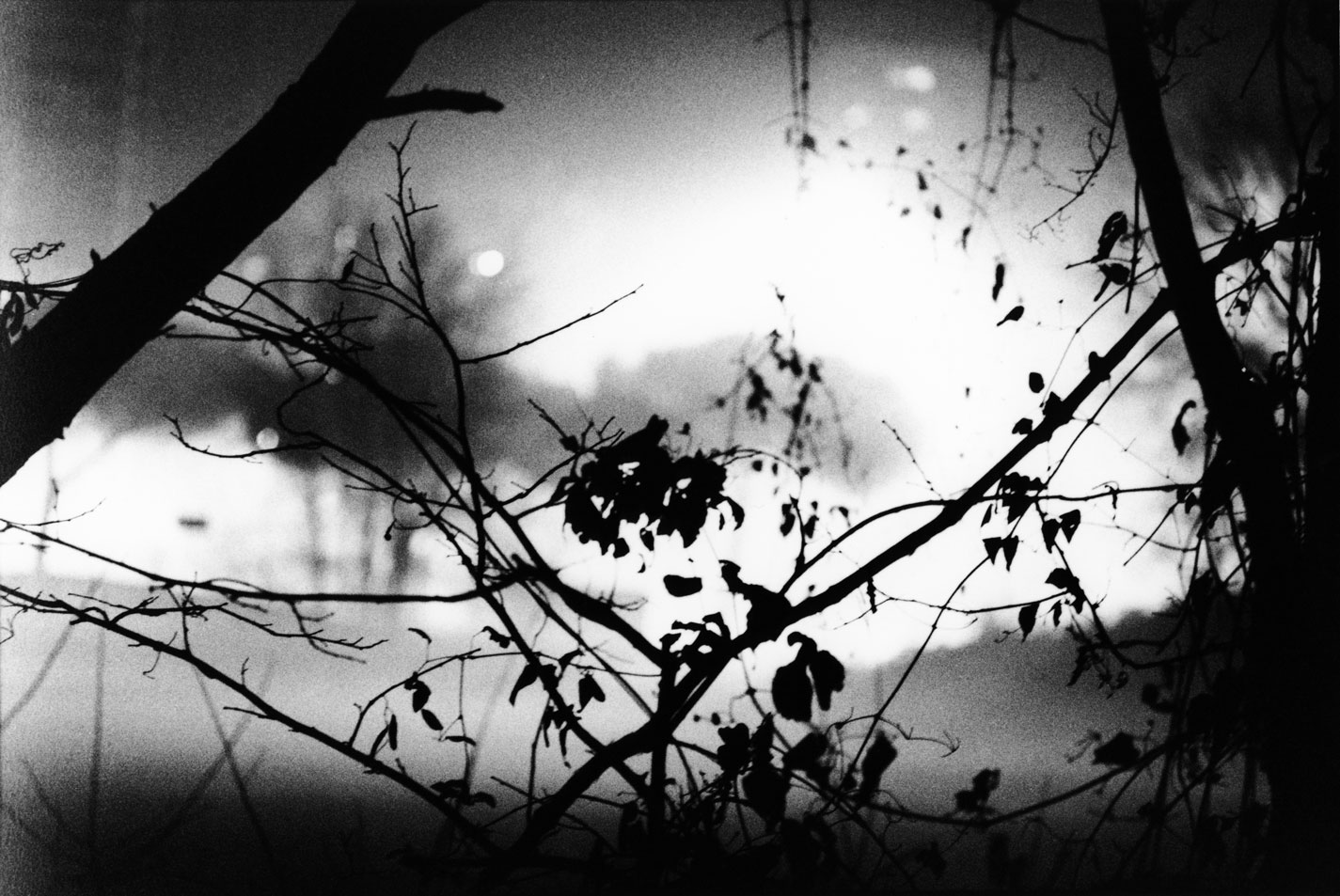 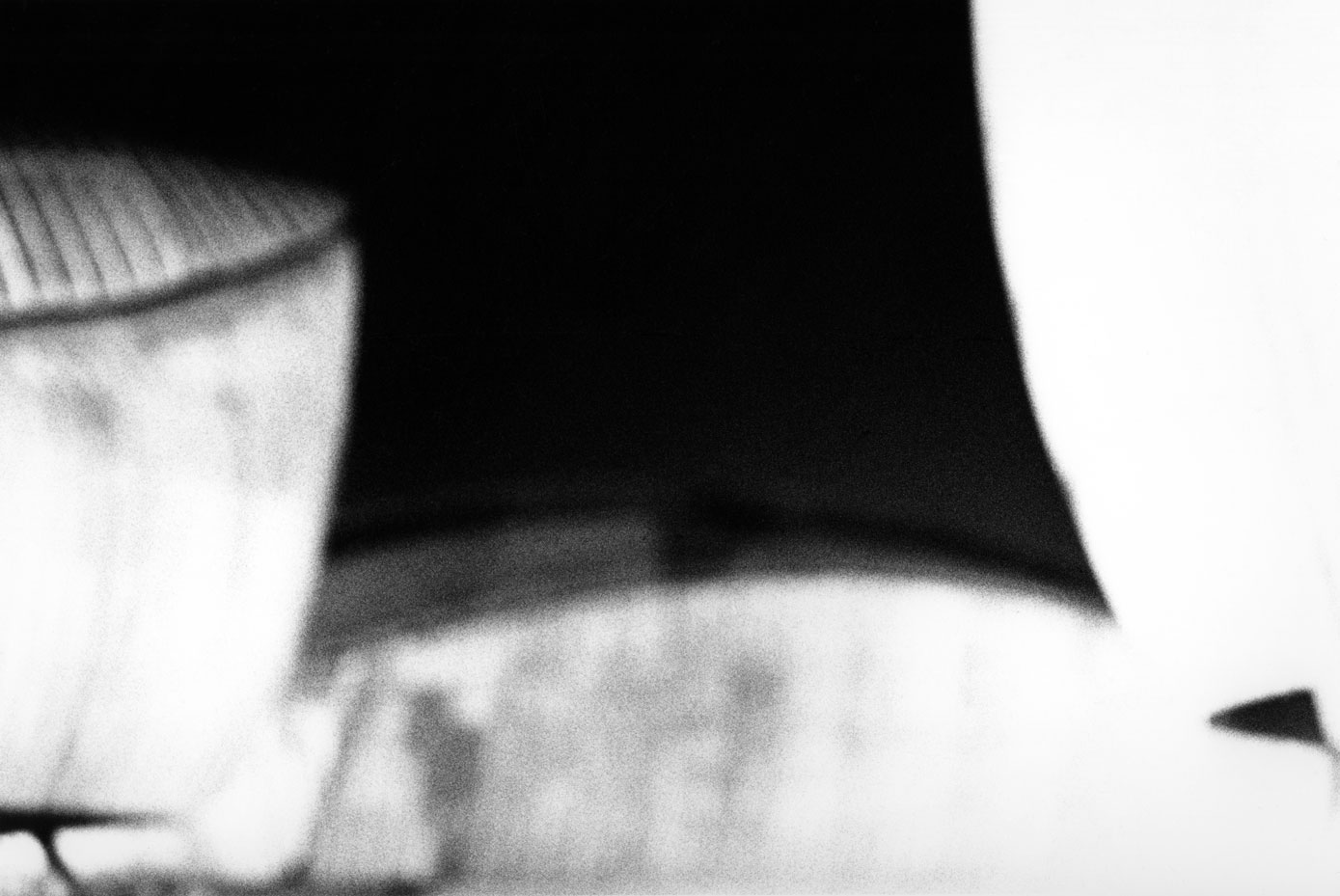 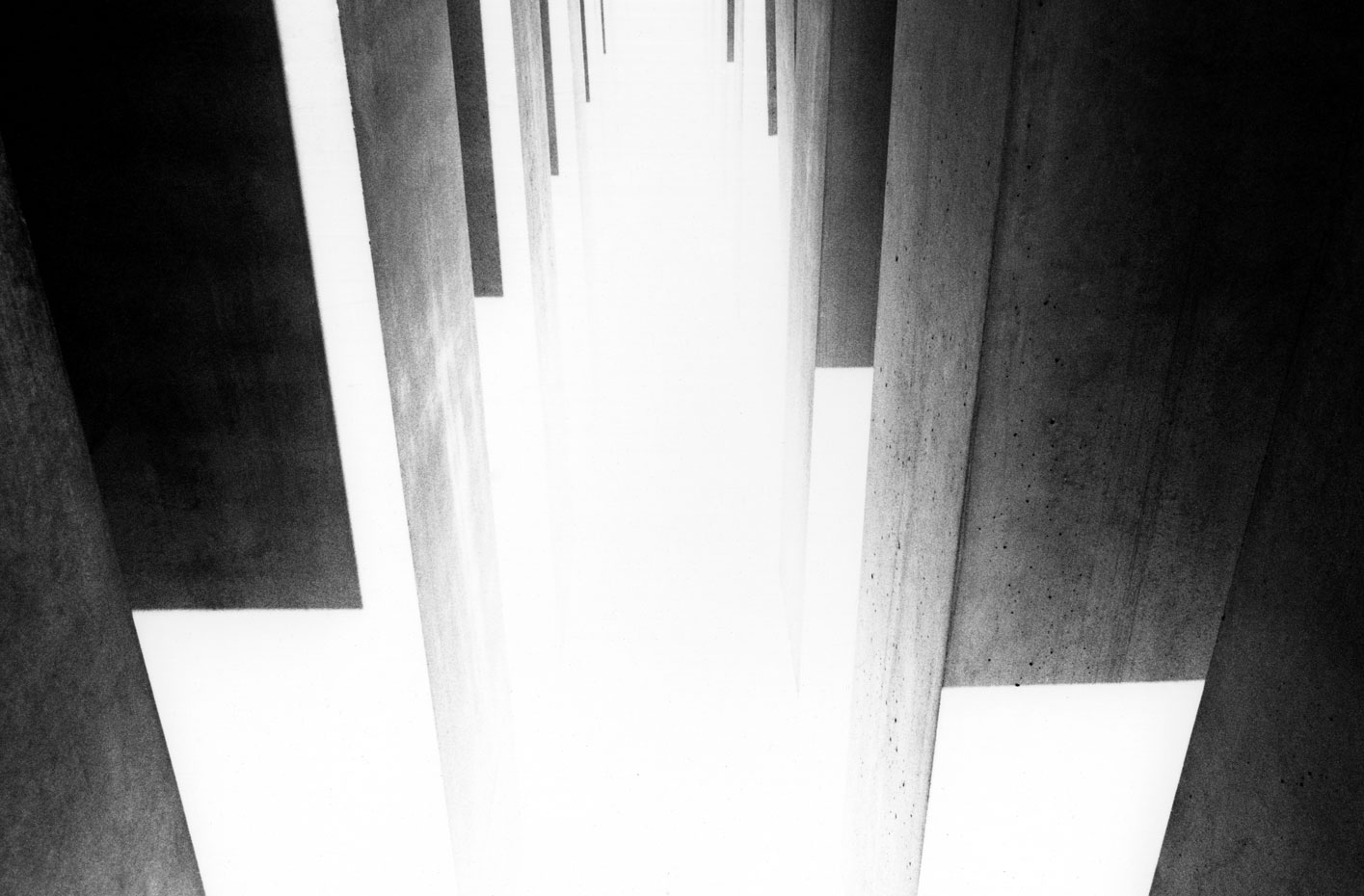 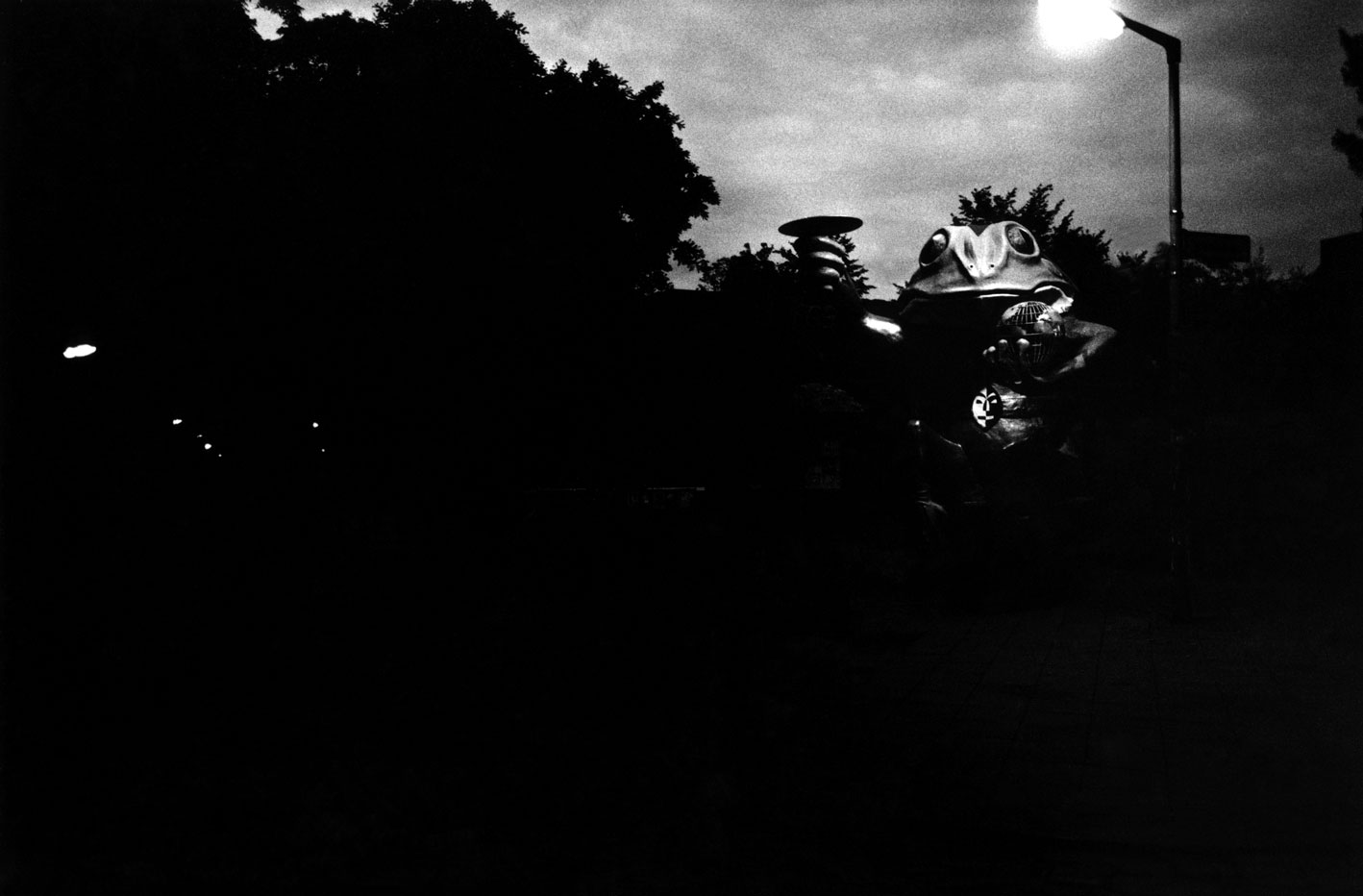 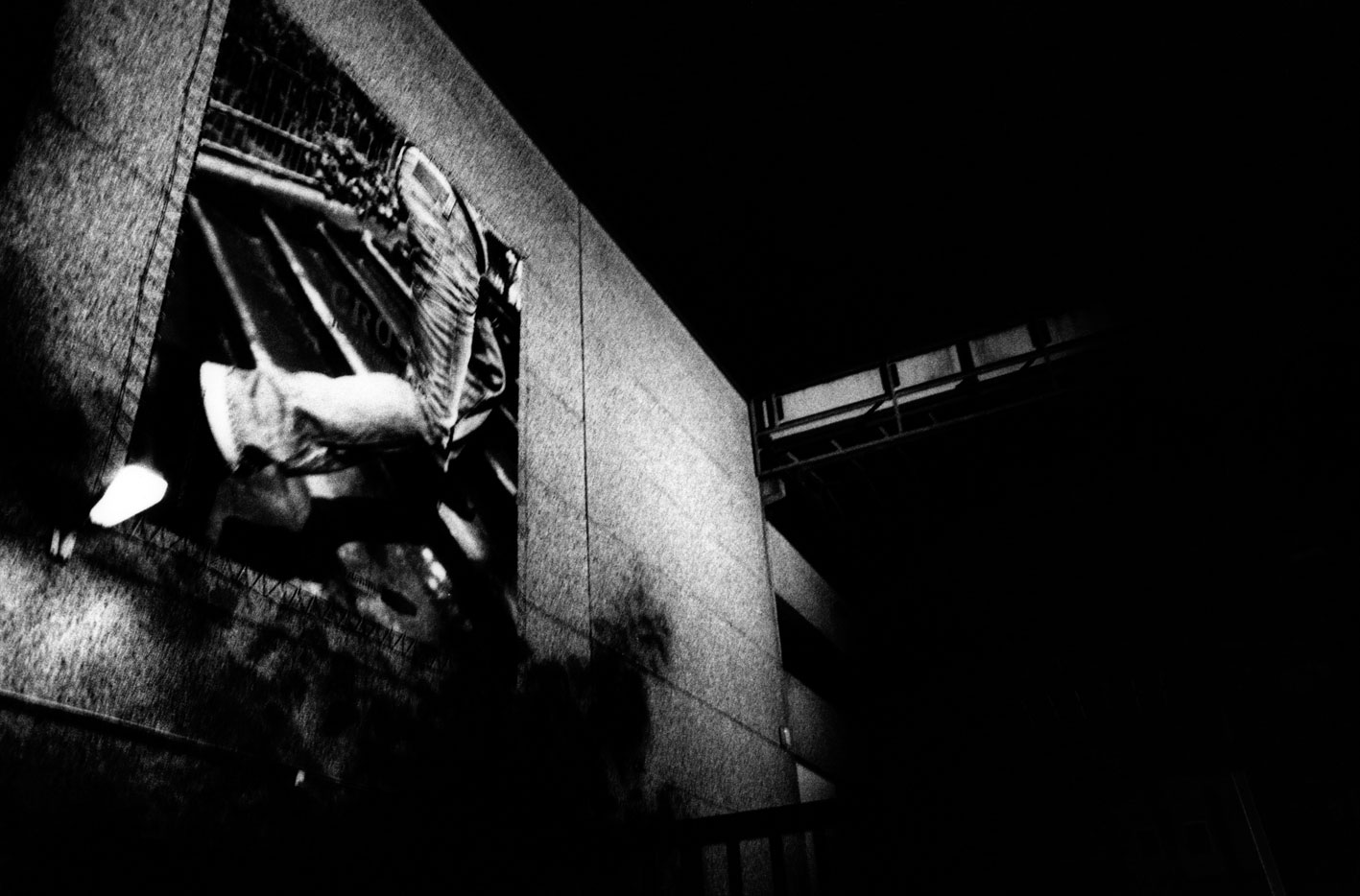 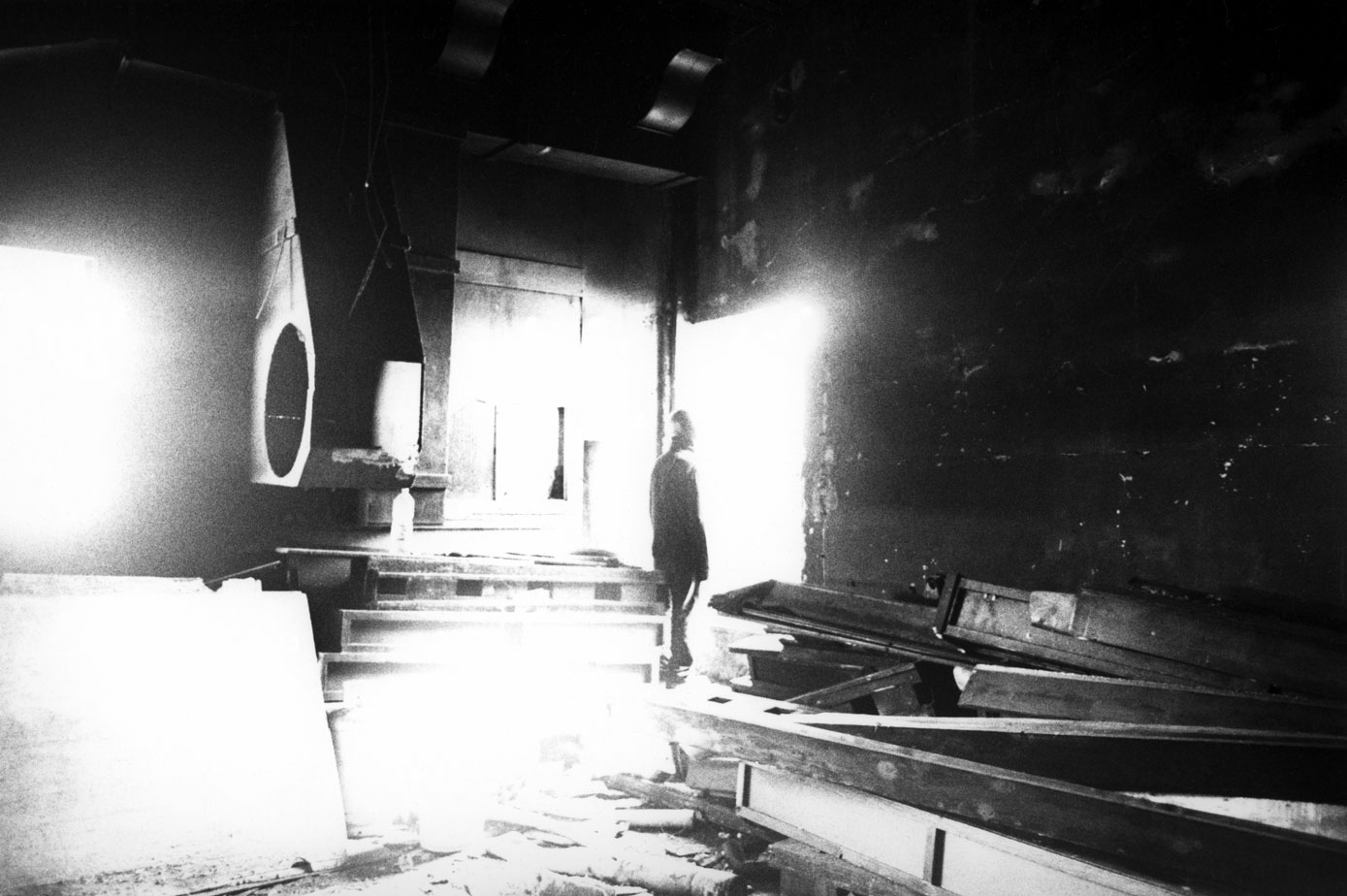 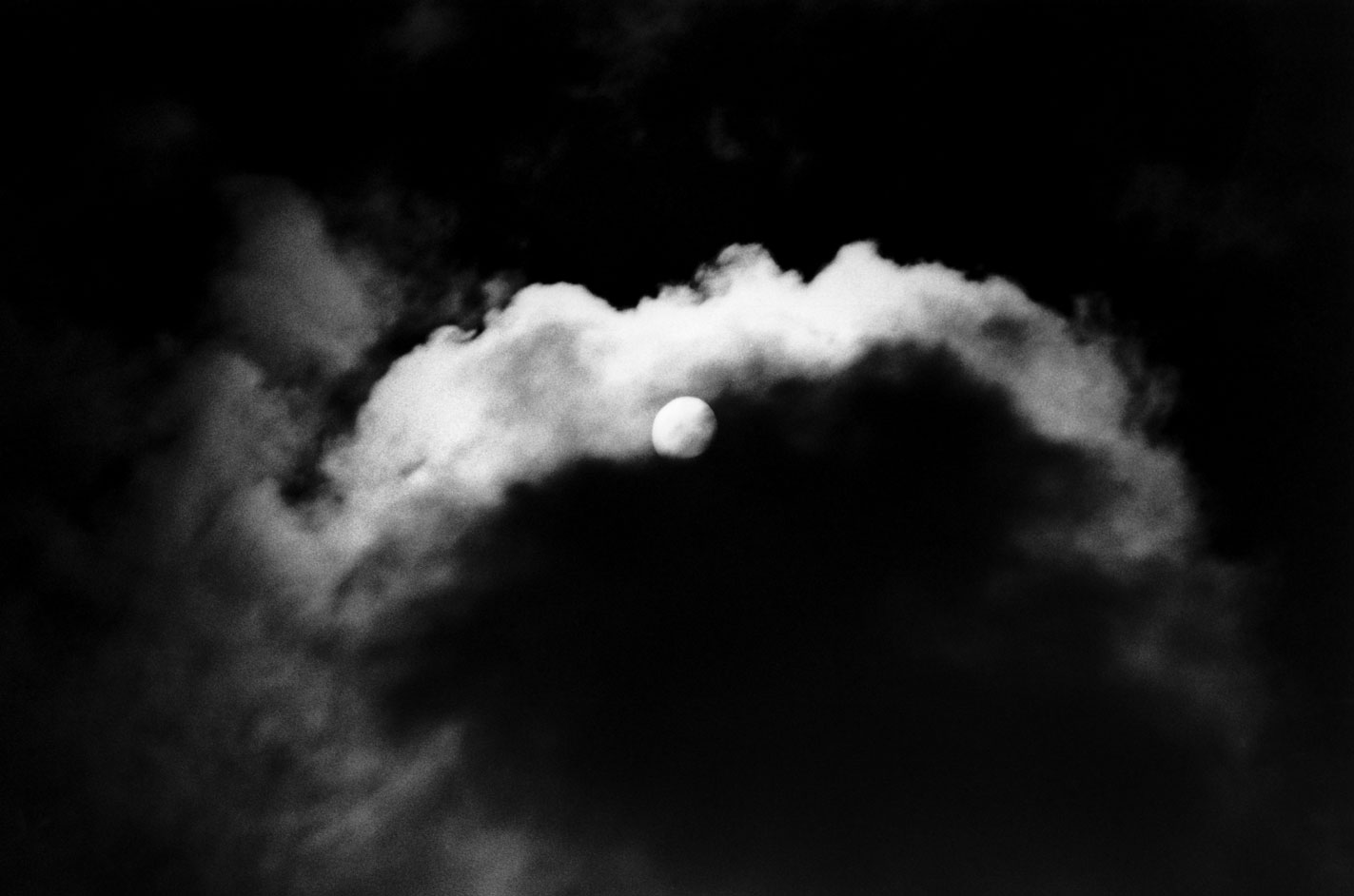 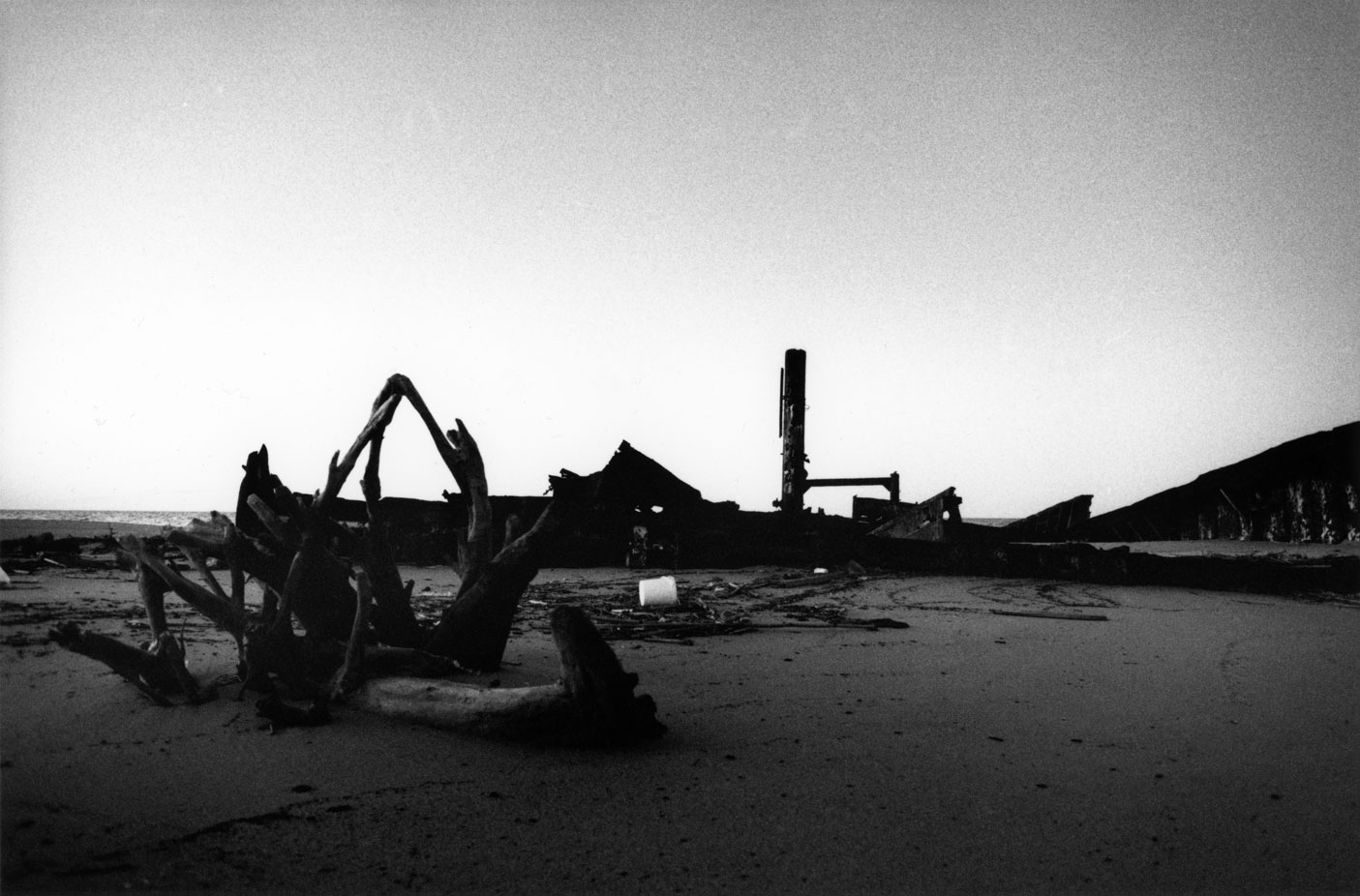 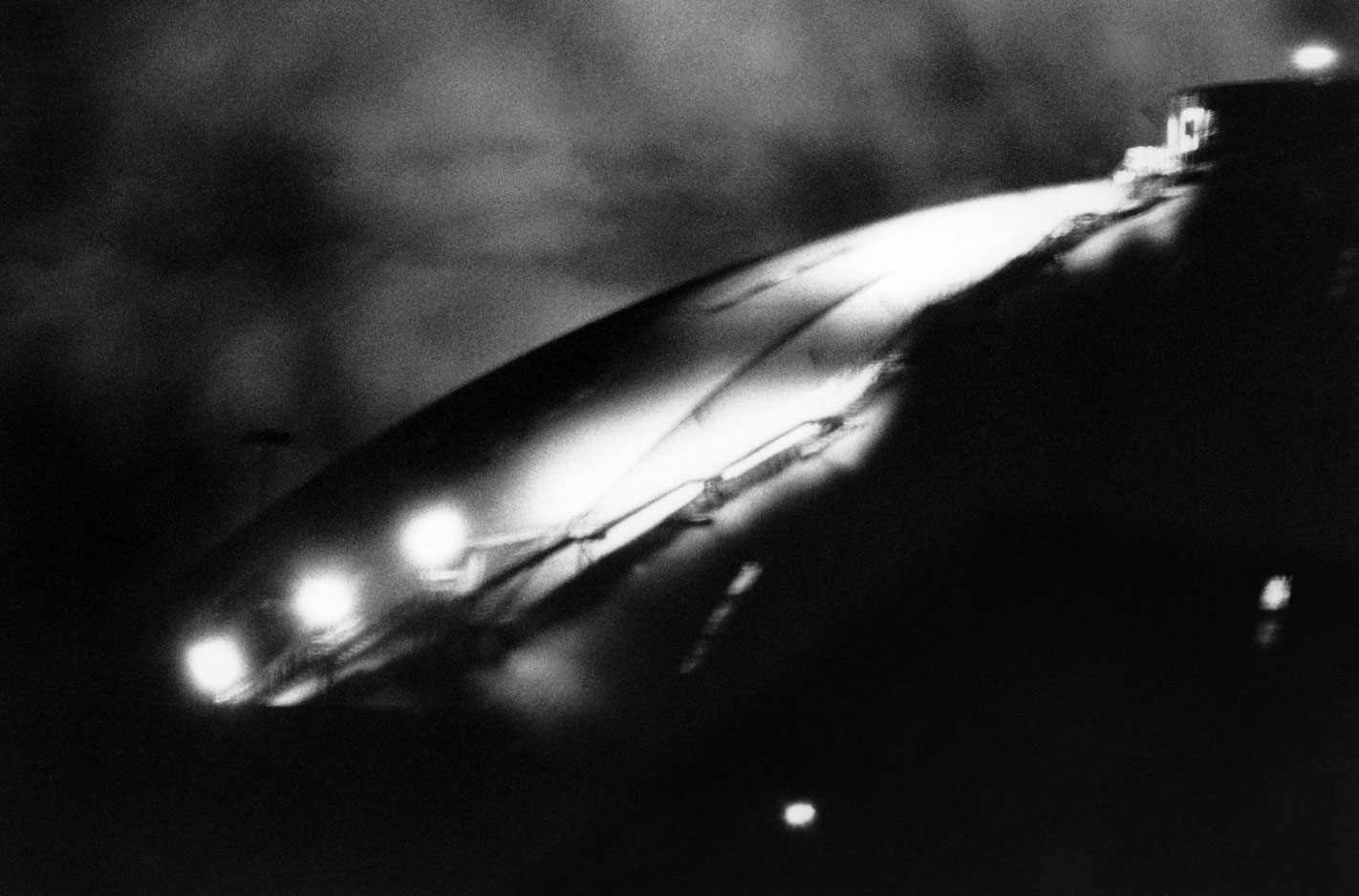 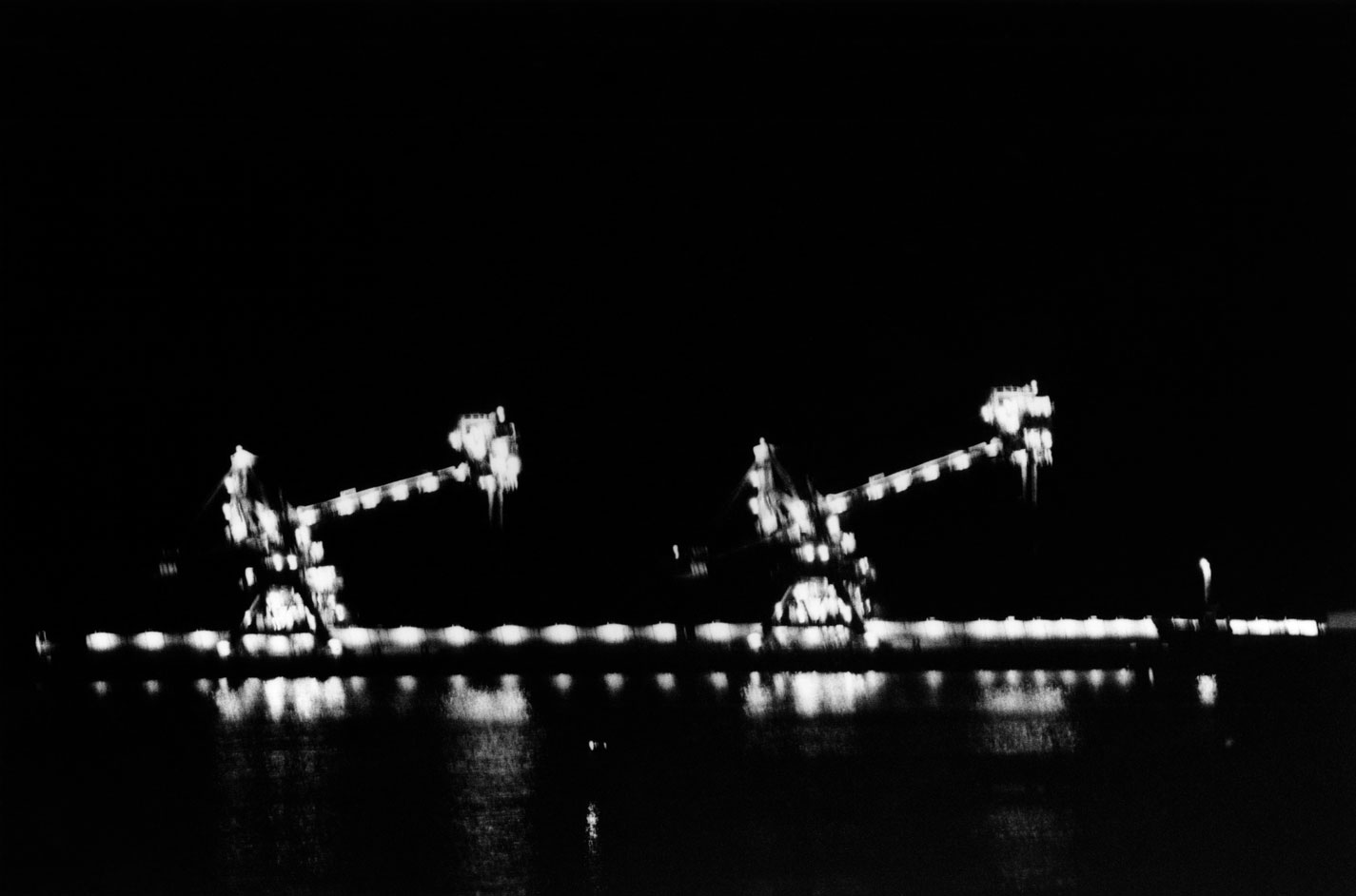 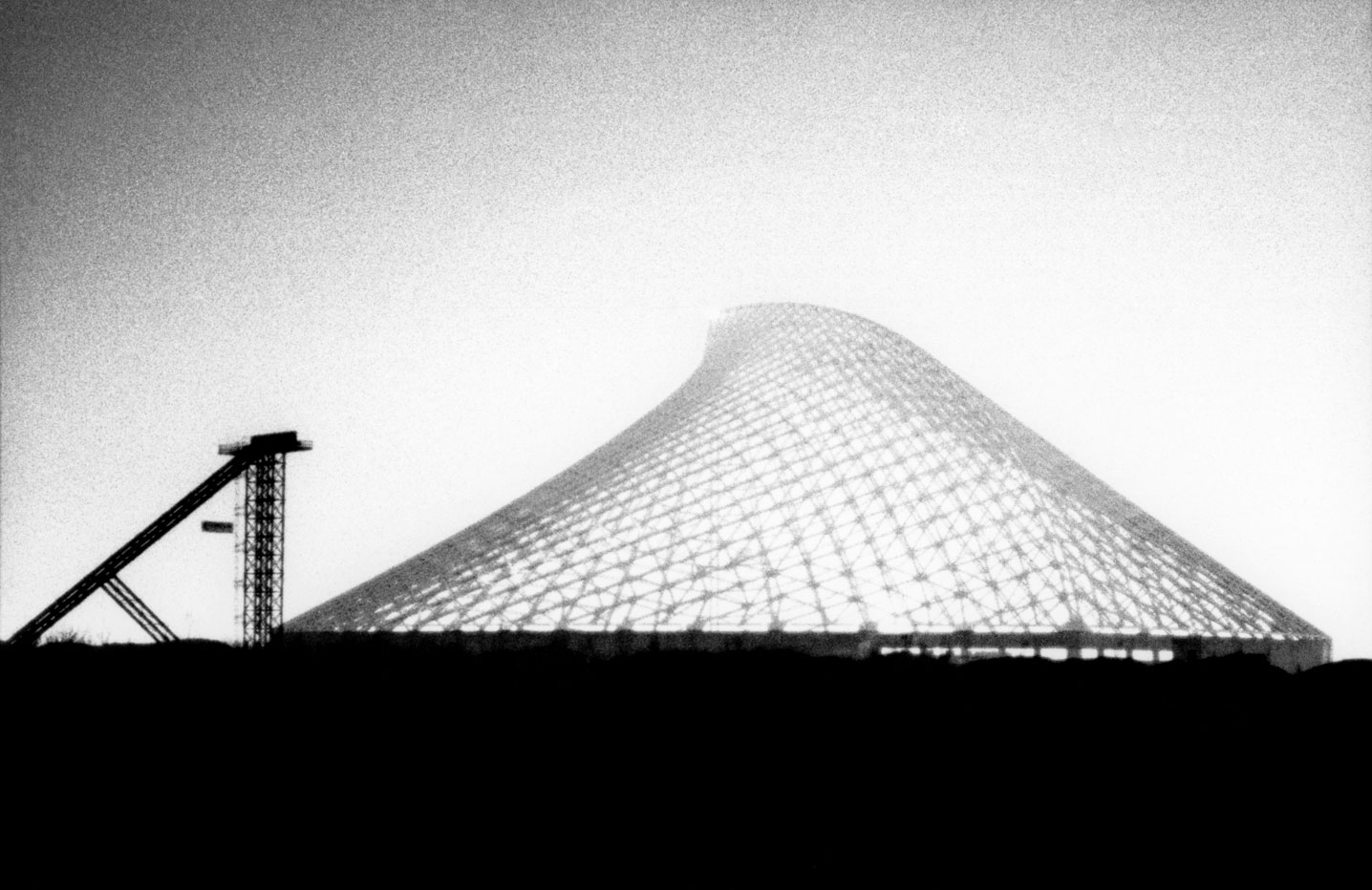 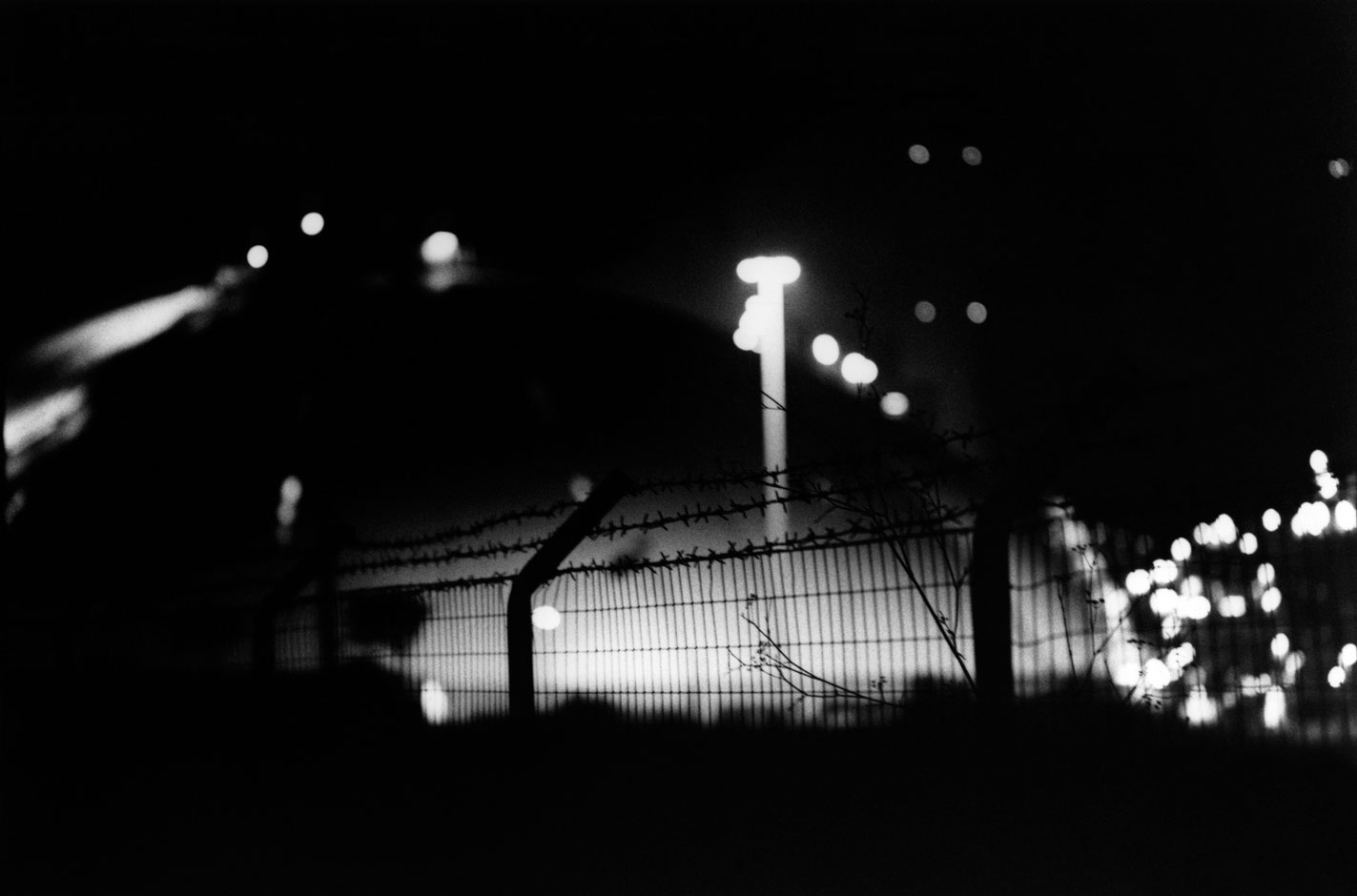 There is something harrowing about Francesca Romana Guarnaschelli’s work. Like a slight wound to the soul, her porous and materic analogue black and white avoids the rigid techniques of absolute clarity and exasperated definition. Differently, she introduces the viewer to an oneiric territory therefore devastating and free from the control of the rationalism we are all accustomed to. Her visions and apparitions in ‘Promessa Terra’ (Promised Land), at first glance would make one think of an underlying nostalgia for our cosmic ancestors or future, possibly alien relations through which we project ourselves and the enigma of life, from it’s origins to the future, reconnected via the path of Kubrikian memory. Like a world that wants to explore and mould other possible worlds, where could we develop a new existence beside our own? Prehistoric universes explored by a very distant future, where the highly technological structures resemble signs of a modernization that has pauperised the original essence of living? Or a refuge and protection where to seek brief comfort within the imaginary landscapes of art? Very often these photographs are voluntarily ambiguous when reconstructing the imposing and ‘fantastic’ labyrinth that is the irrational space, the afflicted and the concept of hope. If we imagine to be wondering within these images we would find, in fact, beautiful, consolatory but also despairing worlds. The author’s journeys show us the contradiction of things that can be extremely negative and positive at the same time, as art itself is conceived to create problems. These halted ambiences, saturated with indecipherable elements, sometimes minimal and geometrical, denounce the rejection of reality for the preferred ‘Promessa Terra’ imagined by the artist, a stark contrast to the rigid and schematic rules of traditional academia. Therefore art in this case proclaims the virtues of the subconscious, of the golden backdrop through which creativity is yet to be caught up by the photographic conformism so disseminated and amplified by the standardisation of the digital gaze. This is a positive regression towards our most hidden and unexplored part, where, by following an almost automatic writing we recreate the dream of worlds where vertigo and desire are the suggested and recommended utopia. Society has always fought fantasy and dream, favouring logic, order and ‘common sense’: all principles that encage the human being. Imagination, therefore, queen of capabilities, regains it’s rights to and enters the universe of the marvellous. In some of the photographs, playful elements emerge as references to a ludic E.T. or an alien alter ego. This is the desire to initiate a game where fantasy is condensed to fill the void of an existence timelessly driven by the search of ther possible entities. The inspiration taken from science fiction filmography, starting point of this body of work, is surpassed by the photographic discourse. This is something extremely rare and hard to achieve nowadays in the quest to find and achieve a personal and distinctive style that breaks away from what is ‘in vogue’. The photographer in this case has the potential to reach this goal as her type of experimentation unveils a greater photographic sensibility than what might be encountered at first glance. This is something that for example rarely occurs with reportage photography, a discipline that rarely highlights original and subjective interpretations by the photographer and doesn’t give back to the operator the eventuality of invention via poetic and open approaches and a vast range of other creative inputs. Secondarily Francesca Romana Guarnaschelli’s photography fully resides in the vast and complex magma of female photography; historically pioneering and heretic, contrarily to male photography that has never wanted to ‘demonstrate’ reality at any cost, but has always tried to ‘suggest’ alternative perceptions by digging more frequently into the bottomless soul and our instinct’s abstruse folds; Like in ‘Promessa Terra’, where the evocative potency of the soul is unified with the search of a yearned elsewhere. Testo di Andrea Attardi. Photographer and Photography Tutor at the Accademia delle Belle Arti di Roma.
©Francesca Romana Guarnaschelli